Below is a CU of my friend Matt as a Cuban druglord before going out for Halloween. I must say, he looks pretty b*o*s*s in this shot: 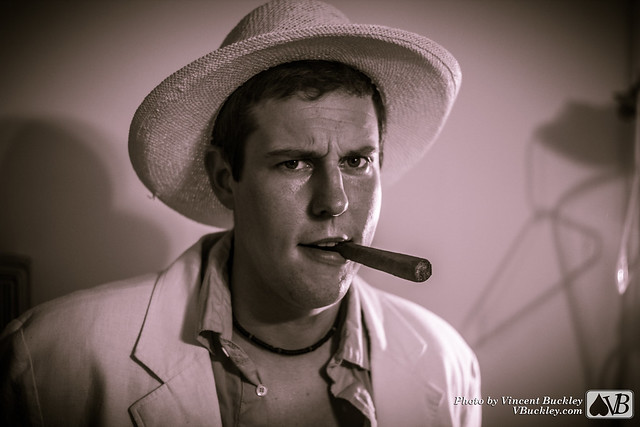 Myself as a pirate and Matt, dressed up and just about to go out for Halloween: 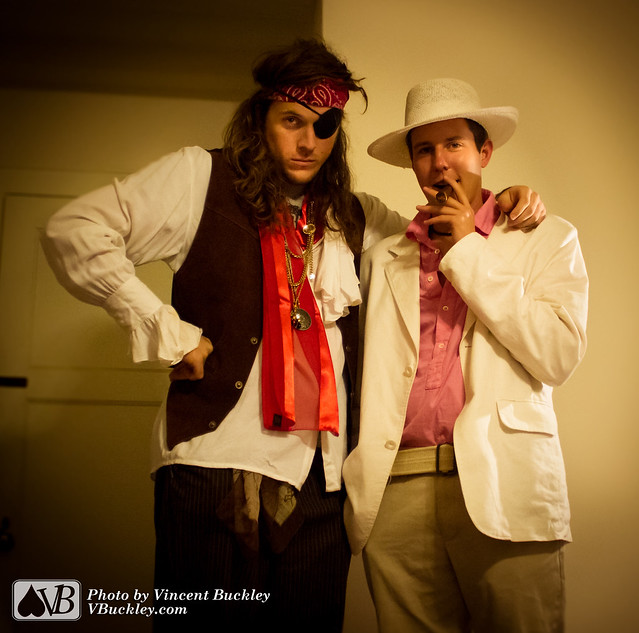 The Halloween parties were a ton of fun this year! As they always seem to be. Hope everyone had a great weekend.

My friend and fellow filmmaker Justin Lothrop just left to move to Los Angeles. I wish him the best of luck out there.

I recently did some updates to the Director section of the site, and some smaller things elsewhere.

I just finished my first spec tv pilot, a dramedy/music show that’s a cross of “Glee” and “It’s Always Sunny in Philadelphia”. The short film script “My Asshole Friend is a Singer” became the first 7 pages of the pilot. Rarely am I able to write as fast as I was on the pilot and the short film. I’ll be polishing up the pilot, then start to send out some queries.

In the mean time, I’ll be pouting that there aren’t new shows of “Sunny” on each week.

Yo, yo, (and yo) I finally got my new business cards. Check it out below. Though now I’m also realizing that I need to clip my thumbnail…

Mmmm…
Can you smell it?
Ahh…
I’m glad you found me here at my new website home.  I’ll be doing lots and lots of updates to this site so keep checkin’ back for new fun things, as this site is currently a crying newborn baby.

Make sure to check out the About page to learn more about me what I do.