Happy Valentine’s Day! Made my first cinegraph in the snow outside of my office yesterday:

And here’s a Valentine’s Day comic I made last year:

Below is an Easter horse comic to celebrate the coming holiday. I created it for Buckley Fence, LLC. Buckley Fence does high-end horse fencing made of steel. See the Valentine’s comic I created here.

Hope everyone has a safe and happy holiday!

Bakk and Frank are two characters I created, and they want to wish you happy holidays.

They’re alien brothers that reunite 20 years after being separated, to save their species. Bakk became a general in their species’ army and Frank became Americanized, being raised on a farm by people. 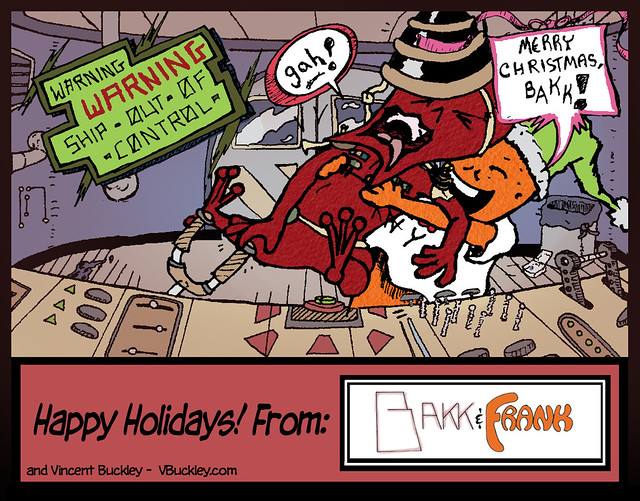