McKinley Marina on Lake Michigan on a beautiful 80F day in October.

Kind of crazy all that you can see in the distance:
1. #Hoan bridge ¼ in from the left
2. #AllenBradleyClockTower in the middle
3. #MilwaukeeArtMuseum 2/3 in from the left
4. Downtown skyline on the right 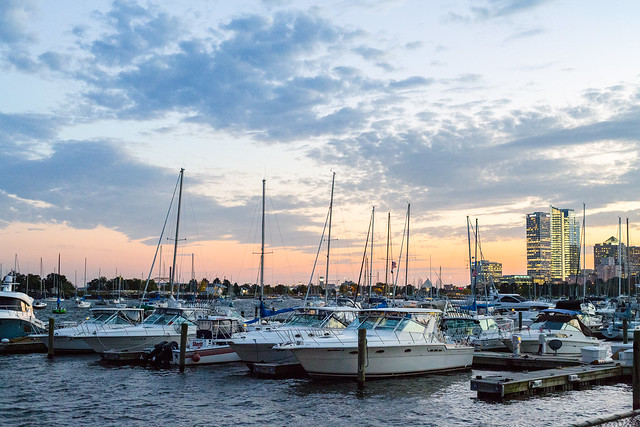 Cafe on the lakefront with colorful fall leaves 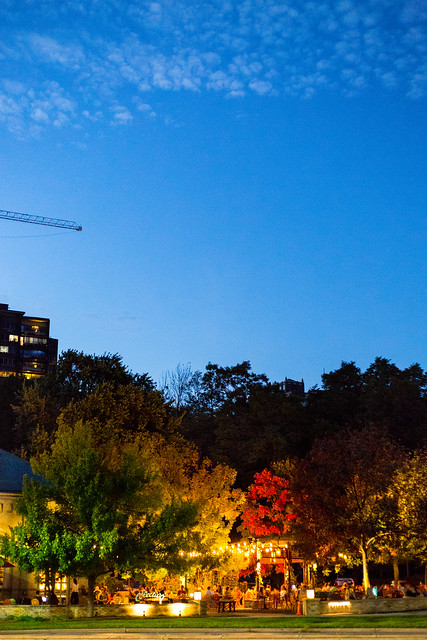 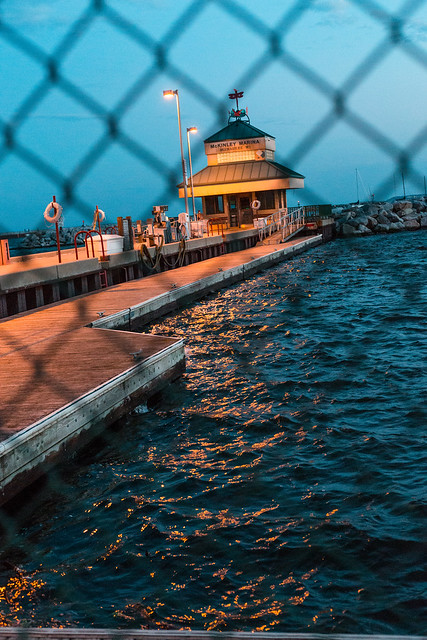 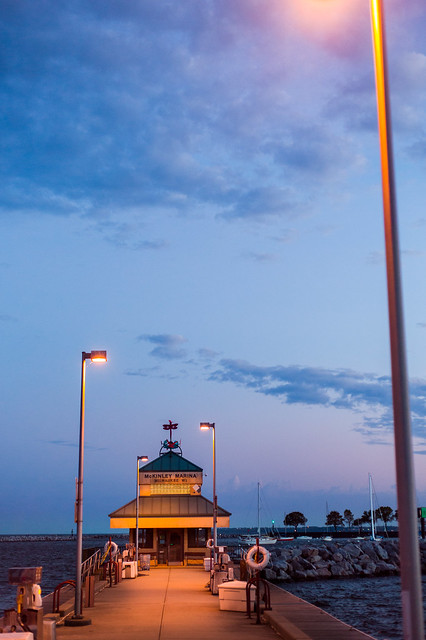 This gorgeous ‘Mimai-Vice’-sunset caught me off-guard. 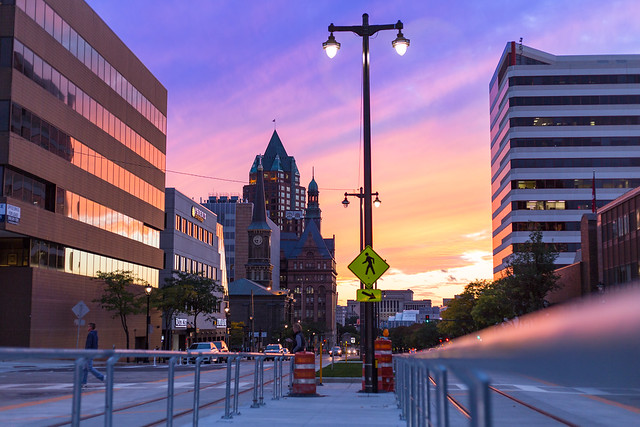 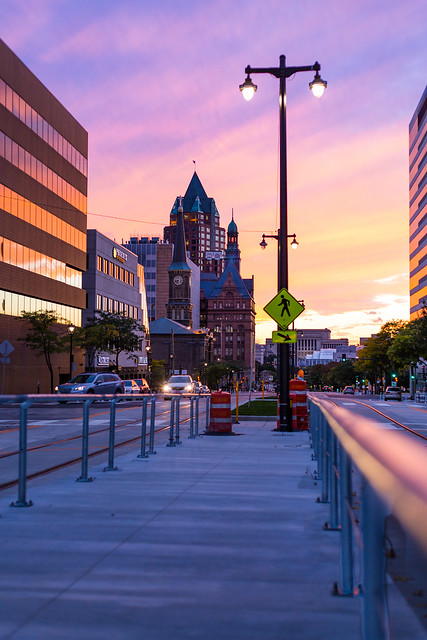 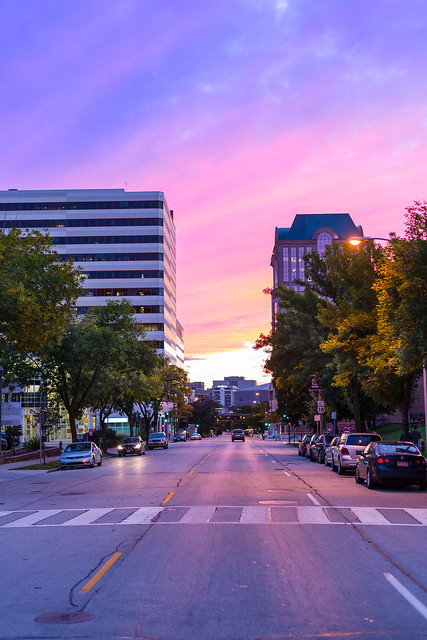 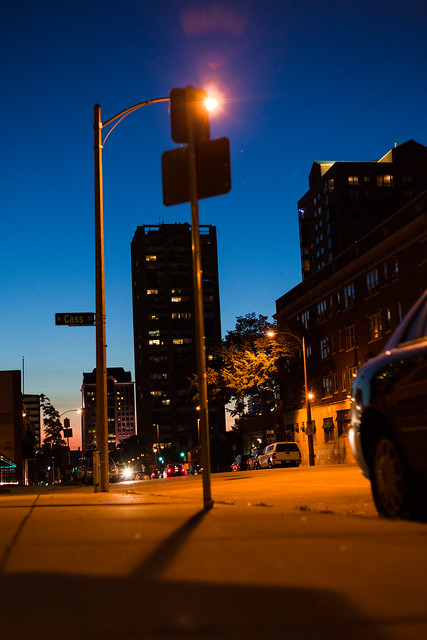 The busses are even excited for the Breweres 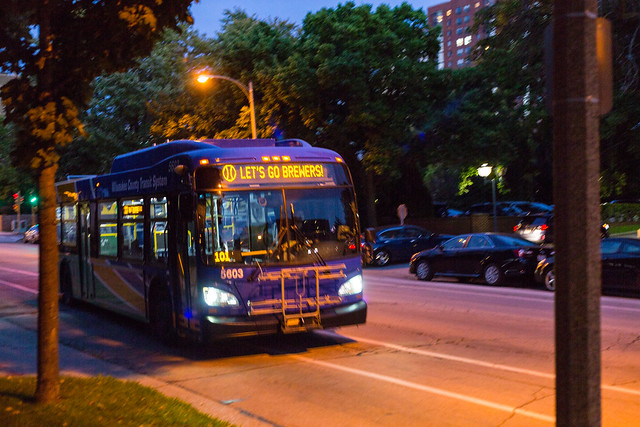 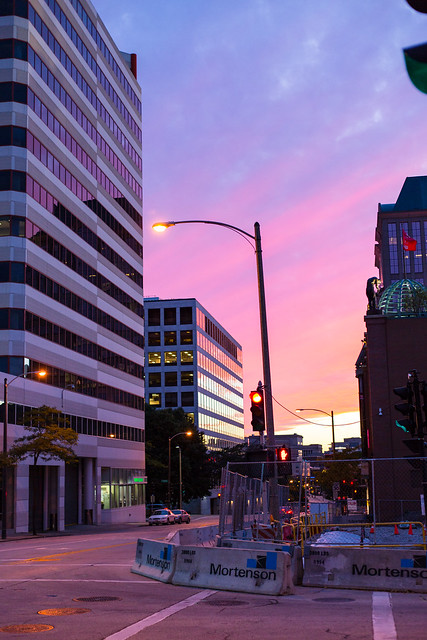 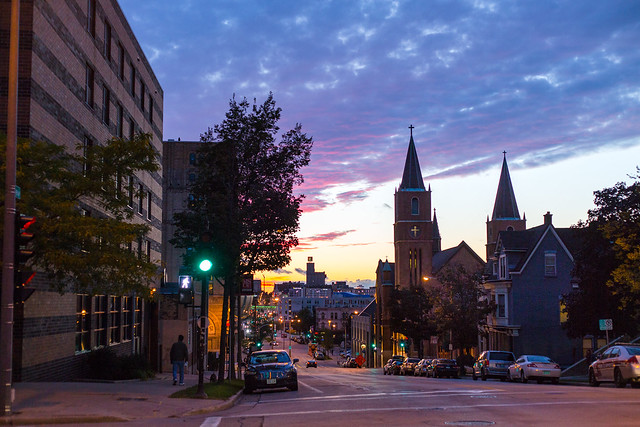 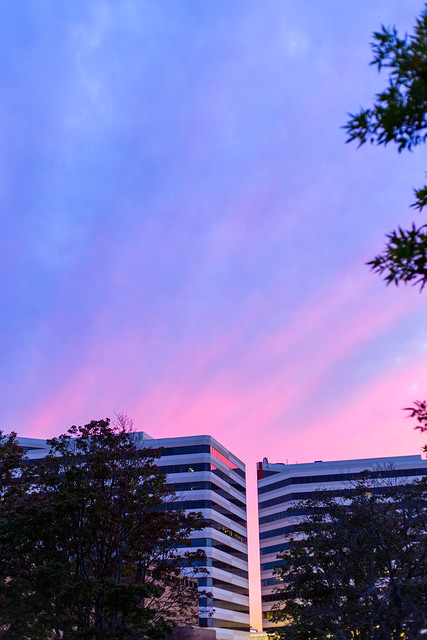 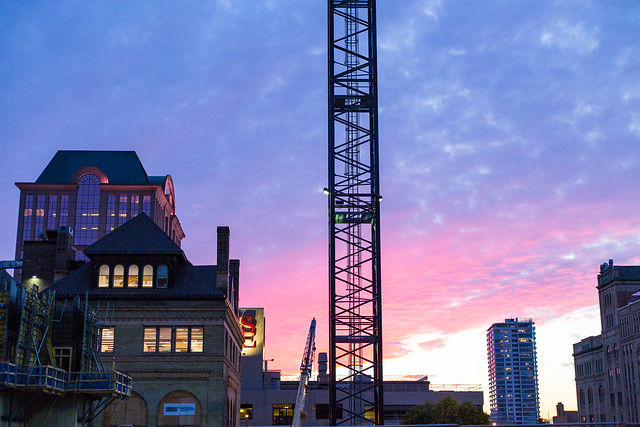 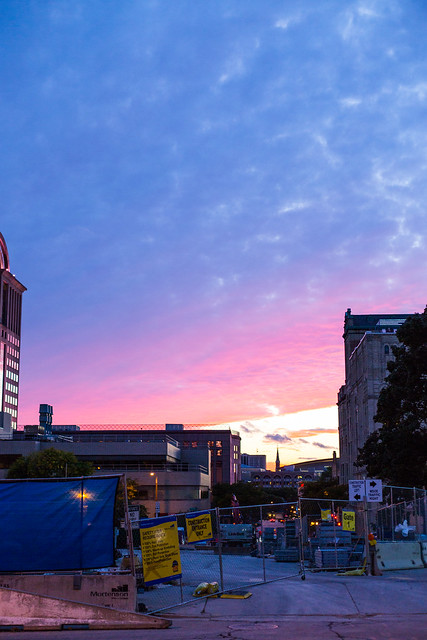 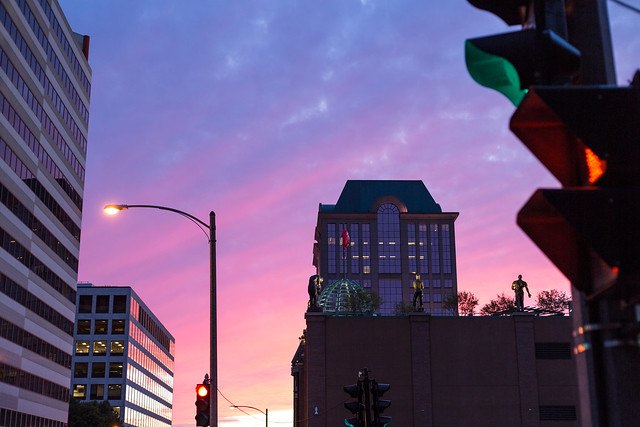 A pale-sunset at the end of summer 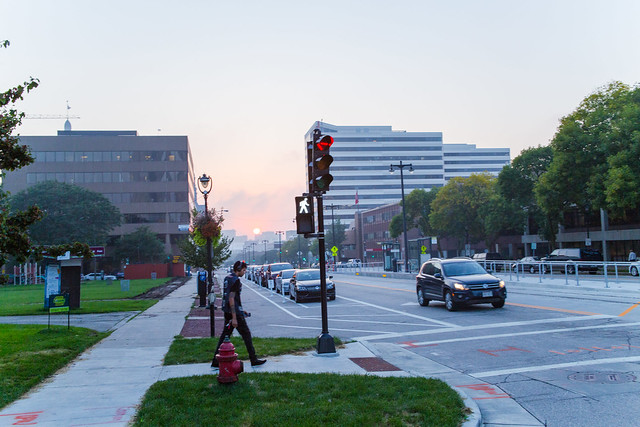 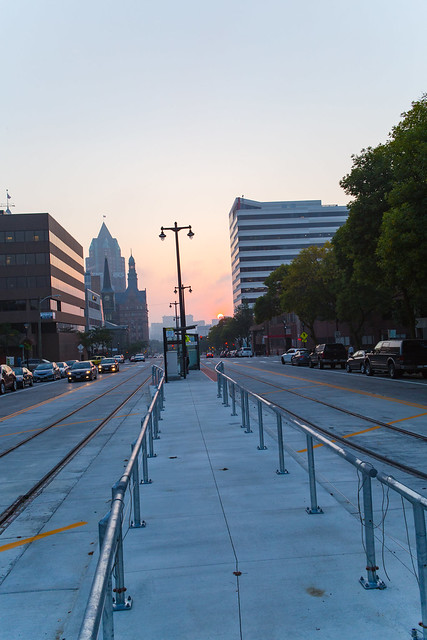